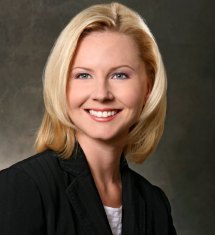 Ms. Downer helps her clients navigate complex business problems and employment issues.  Her peers recognized her as a Southwest Super Lawyers “Rising Star” in Employment Litigation: Defense since 2013, as one of the Best Lawyers In America since 2014 in the area of Employment Law-Management, and rated her AV-Preeminent, the highest Martindale-Hubbell peer rating available.  The Arizona Daily Star and Hispanic Chamber of Commerce named Ms. Downer to the 2013 “40 Under 40” list of leaders, and Inside Tucson Business recognized Sherry in its 2013 “Women of Influence” list of 10 inspirational women and as a 2014 “Up & Comer.”  Ms. Downer has served as an Adjunct Professor at the University of Arizona, James E. Rogers College of Law teaching employment topics and serves on the Society for Human Resources of Greater Tucson’s (SHRM-GT) Legislative Update committee.  The Governor appointed Ms. Downer to the Pima County Commission on Trial Court Appointments, the committee that recommends candidates for Pima County Superior Court Judge to the Governor for appointment.

Ms. Downer represents companies in litigation before courts and administrative agencies on a variety of business and employment disputes including discrimination, harassment, wage and hour, non-competition and trade secrets.  She advises companies on an extensive variety of employment issues including those previously mentioned as well as family and medical leave, disability, accommodation, and the National Labor Relations Act, and she drafts policies, conducts employee and management level training and internal investigations, and regularly writes and speaks about employment matters.  Ms. Downer also has experience in federal sector employment law, including grievances, arbitration, EEO, and labor organization issues.

Ms. Downer has experience litigating a variety of business disputes, and contract and tort claims on behalf of corporate clients.  Ms. Downer has represented clients in breach of contract and warranty claims, complex construction and development litigation and has been involved with a number of construction-related organizations.  Ms. Downer has served as a member of the Southern Arizona Home Builders Association (SAHBA) Advisory Council, and served as the legal chair for the Arizona Builder’s Alliance, Southern Division from 2007 to 2012 and former legal chair for the Cornerstone Building Foundation.  She has also successfully defended and obtained dismissals for professionals, including attorneys, doctors, and architects against professional malpractice claims.  Ms. Downer’s experience includes working in the mining industry, defending mining companies in arbitration and litigation, conducting supervisor training, and investigating and defending harassment, discrimination, whistleblower, and wrongful termination claims.